Welcome back to my America The Beautiful tour.  Each week I am linking with Jenny for Alphabet Thursday and writing a post about a remote or little known beauty of America.
Today I am sharing Hole in the wall in Wyoming . . .(Part One)

In Southwest Johnson County and extending into Natrona County is an escarpment of red sandstone known as the "Red Wall." In fifty miles, it is broken only by one deep vee-shaped canyon which at the far end narrows into a funnel shape and provides the only access fron the east to a verdant valley. From the north, access could be obtained through the Bar C Draw to Buffalo Creek. Both the valley, lying between the Red Wall and the Big Horn Mountains to the west, and the canyon are called the "Hole in the Wall."

Here's the information from the Bureau of Landmanagement.

The Hole-in-the-Wall is approximately 40 miles southwest of Kaycee, Wyoming (map). It's a colorful and scenic red sandstone escarpment that is rich in legend of outlaw activity in the late 1800s, most notably Butch Cassidy and the Wild Bunch Gang. The "hole" is a gap in the Red Wall that, legend has it, was used secretly by outlaws to move horses and cattle from the area. The area is primitive in nature, with no services. Visitors should be skilled in cross-country travel and take adequate water, food, and fuel. Please pack trash from the area, and respect private property owners who are working with the BLM to make this an enjoyable recreation opportunity.

They aren't kiddin' it is primitive! 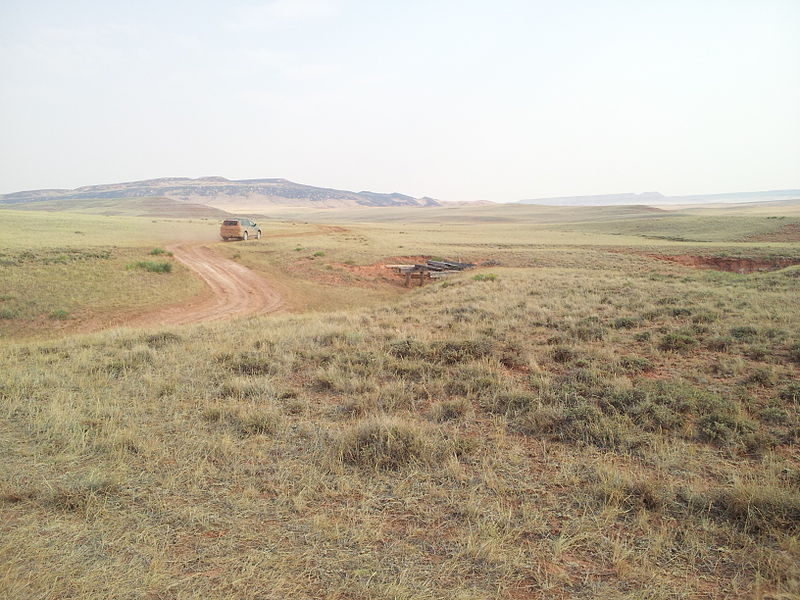 Source
The area was (and still is) isolated taking about a day’s journey by horseback from any semblance of civilization. It is a steep climb to the top of the Wall, but overlooking the country below it is no wonder this location was chosen. With sweeping 360 views the pass was well situated to spot approaching lawmen and the narrowness of the approach made it easy to defend. The grassy plateau at the top and creek bed of the canyon below made it a good spot to graze all the rustled cattle.

The Willow Creek Ranch offers a complete ranching experience.  And horseback adventures to see
Hole In The Wall.

We were more interested in the history surrounding the area.

Of all the Wild Bunch members Etta Place is the most mysterious. She is one of the Wild West’s most legendary women. Beautiful and wild she is reported to have been mistress to both Butch Cassidy and Sundance. Eyewitnesses maintain she was the second woman to ride into Robber’s Roost in the winter of 1897. She was allegedly 20 years old at the time, strikingly beautiful, an excellent horsewoman, and outstanding rifle shot, Etta became Sundance’s primary love interest.
Etta was reportedly a refined, highly educated woman of Eastern birth and rearing. She’s also alleged to have been a prostitute from Texas. Others claim she was a schoolteacher from Denver, Colorado with music as her primary discipline. Even her relationship(s) with Butch and Sundance is a mystery. It’s been said she was Butch’s mistress then Sundance took an interest and she went with him. There are even rumors the three lived as a ménage a’trois. Even her name has been debated as five different women who road with the Wild Bunch used the alias Etta Place.
We do know, Etta traveled to Argentina and Bolivia with Sundance and Butch returning to the United States three times during their time in South America. After returning to the United States in 1908 with Sundance, where he left her in Denver, Etta Place was never heard from again. Many claimed to be her, or claimed to be her son or daughter with Butch, but nothing was ever verified. But once Butch and Sundance were run to ground in South America Etta disappeared, as well.
One of The Cowboys favorite movies is Butch Cassidy and the Sundance Kid. 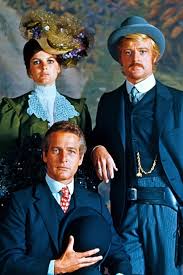 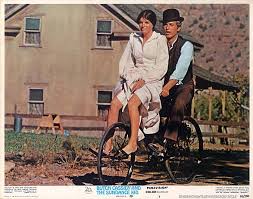 So traveling the long and isolated road to see Hole in The Wall was fun for him.  A check off his bucket list.

Although it is a primitive place it is a fun place to visit.   Check back to read part two for more about our experience at Hole In The Wall.

Linking with Jenny for Alphabet Thursday.

Posted by GranthamLynn at 5:14 PM

Wonderful post! I remember the Hole in the Wall gang from the movie.
Clever idea for the Alphabet Series. My entry is H is for Hole, As in Down the Rabbit Hole. Visit if you like Alice in Wonderland.

What a beautiful wild landscape !

One of our all time favorite movies☺

I think it is so interesting, our continuing fascination with the outlaws and the Wild West. Great post, thanks for sharing it!

Our country is indeed magnificent to see, and there are so many different types of scenery, too.
Thanks.

Interesting and wonderfully informative too

Great post...am always amazed by how much wide open uninhabited space is out west♪ http://lauriekazmierczak.com/hazy-sun/

I love to read posts like this one. Having lived in the southwest for so many years, I am familiar with the landscape, and your photos do it justice. Butch, Sundance, and Etta are three of my favorite characters.

Very cool post. Reading posts as yours is my way of traveling vicariously. I enjoyed the movie, Butch Cassidy and the Sundance Kid. No doubt they were not as cool in person. Etta has always interested me. This is the most I've learned about, thank you very much.
The View from the Top of the Ladder

Wow. This was such a fascinating and happy part of your trip!

I love getting out vicariously through you!

Thanks for letting me tag along for Alphabe-Thursday's letter H.