Hello welcome to the blog.  Today I have a special guest visiting.

RahRah – Two Bites Too Many by Debra H. Goldstein

Hello, my name is RahRah and I’m purr-fectly delighted to meet you. Although I was born in New Orleans, I was forced to move to Wheaton, Alabama after a hurricane destroyed the home of the woman who saved me from the storm’s swirling waters. She was going to name me after the hurricane, but once she realized I was a boy, she decided to call me RahRah.

We moved to Wheaton because her son, William Taft Blair, insisted his mother needed to live near his wife, Sarah, and him. In fact, he found the perfect property for all of us. Bill and Sarah made their home in the big house fronting Main Street while Mother Blair and I lived in the carriage house. That way, his mother was close enough to suit him, but we were still far enough away that Bill’s allergy to me didn’t bother him. It worked for me. Bill kept his distance from the carriage house, but Sarah visited us daily.

It was a sad day when Bill announced he wanted a divorce because he’d fallen in love with a woman Sarah refers to as the Bimbo. Sarah had to move into an efficiency apartment and I rarely saw her. That’s why I didn’t know what was going to happen to me when Bill’s mother died. I could have been sent to a very unpleasant place because of Bill’s cat allergy, but happily, he asked Sarah to take me and she immediately agreed. We had some scary times when Sarah’s twin sister, Emily, a gourmet chef, was later accused of killing Bill, who I like to call the rat, with a taste of her award-winning rhubarb pie, and the Bimbo tried to take me away from Sarah.

I thought things were better now, but we’re in the middle of another set of whodunits. After Emily was turned down for a loan to rebuild her restaurant, the twins’ sharp-tongued mother, Maybelle, decided to give the bank president a piece of her mind. The police think she did a bit more than that because she was found standing behind his dead body with his blood on her hands. It doesn’t look good for Maybelle, but I’m hoping Sarah can get her off the hook.

My personal concern is with a small white dog who’s running loose in the neighborhood. She’s a mess. Our neighbor across the way has been making a big deal of trying to gain her trust. He says he wants to bring her to the shelter, but I think he’s too involved to ever give her up.

Oh well, if he keeps her, there are a few things he’ll have to understand. I’m the alpha animal in our neighborhood, so, if he gets a hold of Fluffy, as he already is calling her, I’ll make sure she knows who the boss is. After all, I’ve already trained most of the humans in Wheaton, Alabama. In fact, they’re going to let me be the star attraction in a Yip-Yeow Day parade to bring attention to animals who need rescuing. I only hope I don’t have to rescue any of those two-legged folks if Sarah is the one makes the treats for the parade’s planning meeting. Emily and she were muttering something about easy to prepare sweet potato puffs and Catnip wine spritzers.

To save me and the people coming to the meeting, do you have any other easy appetizer or drink ideas?

Thank you RahRah for visiting the blog today!
RahRah – Two Bites Too Many by Debra H. Goldstein

About the book
Far from a domestic goddess, Sarah Blair would rather catch bad guys than slave over a hot stove. But when a dangerous murder boils over in Wheaton, Alabama, catching the killer means leaving her comfort zone . . .
Things are finally looking up for Sarah Blair following her unsavory divorce. Settled into a cozy carriage house with her sassy Siamese cat, RahRah, she has somehow managed to hang on to her modest law firm receptionist job and—if befriending flea-bitten strays at the local animal shelter counts—lead a thriving social life. For once, Sarah almost has it together more than her enterprising twin, Emily, a professional chef whose efforts to open a gourmet restaurant have hit a real dead end.
When the president of the town bank and city council is murdered after icing Emily’s business plans, all eyes are on the one person who left the scene with blood on her hands—the twins sharp-tongued mother, Maybelle. Determined to get her mom off the hook ASAP, Sarah must collect the ingredients of a deadly crime to bring the true culprit to justice. But as neighbors turn against her family, can she pare down the suspects before another victim lands on the chopping block?
Includes quick and easy recipes!
And others are saying

This was a good cozy mystery with all the things I enjoy about this genre: small town, great atmosphere, good food, animals, multi-age characters, a bit of romance, an interesting crime, and a great sleuth.
~Carla Loves To Read
Two Bites Too Many allows its readers to fall into a completely different, tightly-bound family for a few hours. And who doesn’t want to do that? Highly recommended for cozy fans.
~Diane Reviews Books
I have enjoyed this cozy series that is set in a small town and around the catering/restaurant that Sarah’s twin sister owns and operates.
~My Reading Journeys


What an adorable cozy this is! . . . Full of characters you can both hate and love mixed with surprises and good times. Makes for a great read that you won’t want to put down.
~Books a Plenty Book Reviews
Visit the tour

Wanna read reviews, or interviews?  There is a lot going on at the tour.  There are recipe posts and more guest posts and a Giveaway.  Click here to visit the tour.

Have A Blessed Day
Posted by GranthamLynn at 6:48 AM 2 comments:

Have A Blessed Day
and
A Wonderful Week 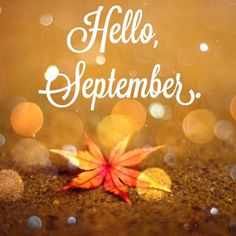 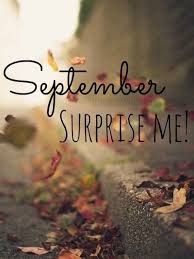 Have A Blessed Day
and
A Wonderful Month
Posted by GranthamLynn at 12:00 AM 1 comment: