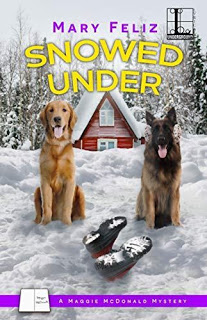 I’m Elaine Cumberfield, a so-called minor character who appears in most of Mary Feliz’s six Maggie McDonald Mysteries. But I’d advise you never to underestimate me or any other “minor” character. We may be mere window dressing. More likely, we’re the pivots on which the plot will turn.
Mary has described me as looking like the model for the Good Witch of the North and my Westie mailbox as “clever and cute—just shy of cutesy.” In her imagination, I look much like English actress Phyllida Law, but I prefer to think I’m my own woman. I wear gentle colors like lavender, periwinkle blue, and heather gray to set off my soft white cloud of hair. I bake custom cookies decorated in cheeky ways to tease my friends. For example, when my friend hurt his foot and was laid up for a while, I broke the foot off all the gingerbread cookies I baked for him.

You could underestimate me, but I don’t recommend it. Almost every mystery employs a character like me. If we’re on the side of right and justice, the bad guys underestimate us, and it trips them up–every time. If we’re on the dark side, the protagonists almost always overlook us only to face dire peril. My investigative techniques could have molded strategy for the likes of Miss Marple or Columbo. I’m a time-honored trope, especially in cozy mysteries.

Before I met Maggie McDonald, I taught, ending my career as a successful and well-liked middle school principal, so I’m no pushover. From that experience, I know it’s the “minor characters” you have to watch out for. What’s going on with the kids on the fringes that no one notices? A principal who ignores them won’t be around long.

The same goes for characters in the fictional realm. In English Country House mysteries, readers must be wary of the servants, who are often invisible amid the dramatic angst of the upper crust. Conan Doyle uses Sherlock Holmes’s Baker Street Irregulars to get information from people who wouldn’t trust him. In Christie’s And Then There Were None, you can’t even trust the corpses to behave.

So which characters should you suspect in Mary Feliz’s new book, Snowed In? All of them. I’m not in this book, so even knowing I’m on Team Maggie won’t help you. Don’t overlook anyone. As far as you know, nothing is as it appears.

What kinds of characters are likely to fool you in mysteries? Do you like being able to solve the mystery or do you prefer to remain guessing until the great reveal?

Photo #1: In Mary Feliz’s imagination, I resemble Phyllida Law. I prefer to think I’m my own woman.

Photo #2: I bake cheekily decorated cookies for my friends, but I’m not above bringing them to the neighbors in the hope of grilling them about the latest murder.

When professional organizer Maggie McDonald finds a body in a snowdrift outside her friend’s ski cabin, she must plow through the clues to find a cold-blooded killer . .

Lake Tahoe in February is beautiful, but Maggie can't see a thing as she drives through a blinding blizzard with her friend Tess Olmos and their dogs, golden retriever Belle and German shepherd Mozart.Maggie has offered her professional decluttering skills to help Tess tidy up her late husband's cabin in preparation to sell. She also plans to get in some skiing when her husband Max and their boys join them later in the week.

What she doesn't plan on is finding a boot in a snowdrift attached to a corpse. The frozen stiff turns out to be Tess's neighbor, Dev Bailey, who disappeared two months ago. His widow Leslie expresses grief, but Maggie can't help but wonder if it's a snow job. As more suspects start to pile up, things go downhill fast, and Maggie must keep her cool to solve the murder before the killer takes a powder . . .

Posted by GranthamLynn at 6:47 AM

Great info. Lucky me I came across your website by accident (stumbleupon).
I've book-marked it for later! 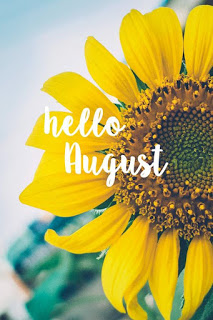