The Life of a Novelist, When it Rains it Pours
by Elena Hartwell

To say it has rained a lot in Western Washington this year is an understatement. It’s the first week of April and the rain gauge at my house in North Bend shows just under twenty-seven inches since the start of the year. That’s a lot of water. When it rains, it pours.

Did you know the original expression, “it never rains but it pours,” was from England and considered negative? It meant bad things happen in clumps. But then in 1911, the Morton Salt Company came up with a solution to salt clumping together from any amount of moisture in the air by making finer grains and adding a small amount of an anti-clumping agent. Their clever ad team came up with, “when it rains, it pours” – meaning even when the rain is coming down, our salt still pours. That’s why the little girl on the label stands in the rain under an umbrella. It became a positive expression in the US.

Yet here we are over one hundred years later and most people consider the expression negative again, even in the United States.

Personally, I’ve always thought it was contextual. Sometimes good things happen all at once and sometimes bad.

Writing is a lot like that expression. When it rains, it pours, sometimes in a good way, some times not so much.

As a playwright, a single play of mine would get produced at different theaters with different outcomes. One production might earn stellar reviews, while another got bashed by the local press. I’d be touted as a brilliant voice in theater in one state and read, “don’t quit your day job” in another.

When it rains, it pours. 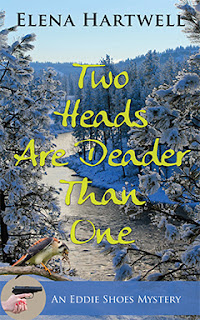 Posted by GranthamLynn at 11:40 AM