This is a repost that warmed my heart.  Enjoy! 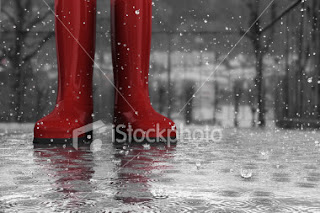 Actually these aren't my boots but aren't they totally cute. I wish I had a pair of red rain boots! But I am tromping through the rain to take care of the animals outside and when I come in this is what my boots and floor look like.

Actually no these aren't my boots either nor is this my floor. My floor is actually dirty but we can pretend right?


And this is not a photo of my cat but isn't it interesting?

I was looking for a photo of a rainbow and I saw this one and thought it was neat and well it does actually look like my cat. And I thought it would work for the story I want to tell you about our cats.


In 1988 we bought our first house. The kids were in kindergarten and 2nd grade and we decided we needed animals so we got cats for them. They were really sweet kittens. Our son had a grey striped which he named Stripes (like the one in the photo) and our daughter had a solid black kitten which she named Boo because we got them around Halloween. (we are very creative in our animal names)

Our house was a two story. My husband traveled and so we got a burglar alarm with motion detectors.

We started having problems with the alarm going off when we weren't home or in the middle of the night. We found out it was because the cats would go up and down the stairs and set the motion detectors off. So we started locking the cats in the laundry room at night and while we were gone so they wouldn't roam the house.

My husband is not a cat lover. (so he says)I don't think I mentioned that the kids and I had to beg for the kittens. He is a dog person and just basically tolerated the kittens (he hates a litter box) but he is a good father and of course all kids need animals.

My husband had a habit(still does actually) of staying up late and watching t.v. The kids and I had gone to bed one evening. I went down a little later and found my husband asleep on the couch with our sons kitten Stripes. He had gone into the kitchen for a snack and the kitten was sticking his little paw out from under the door. So my husband took him out. This became his almost nightly ritual he would let the cats out for a while before he went to bed.

As I type this my husband is laying on the couch with the current cat asleep on his stomach.

Linking this repost at The Fabulous Warm Heart Party 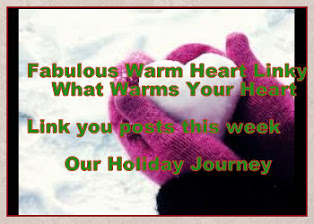 Linking at some of my favorite parties too . . .
The Art Of Homemaking
Dagmar's Home Link Party
Dream Create Inspire


Share Your Cup
Talk It Up Thursday
Thoughts of Home

Email ThisBlogThis!Share to TwitterShare to FacebookShare to Pinterest
Labels: Cozy Cottage, My Cowboy and Me, My Home Sanctuary