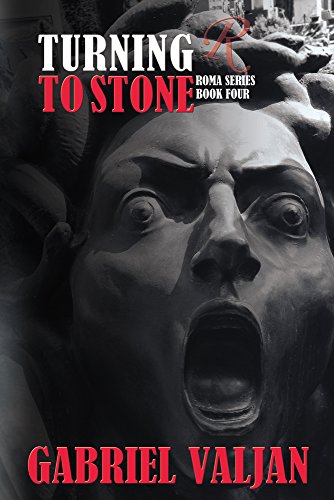 About the book. . . (provided by Italy Book Tours)
Forensic accountant Alabaster Black has always been steps ahead of her former employer, Rendition, a clandestine and apparently lethal organization. Once the star investigator of financial crimes, she fled from the United States to Italy, under a new name: Bianca Nerini. She carries on her work with a group of trusted friends, although a mysterious contact by the name of Loki reaches out to her on occasion. In this fourth installment, Bianca is in Naples against the Camorra, a crime syndicate unlike the American or Sicilian mafia.

The overall arc of the Roma Series is watching friends learn how to love and trust each other, learn how to move within a morally compromised world. Alabaster (or Bianca if you prefer her alias) is difficult to know, extremely intelligent, and dichotomous at times in her thinking. She sees things others do not, yet she struggles with intimacy and trusting another person.


In the first outing, Roma, Underground, Bianca is relatively new to Italy. She soon finds herself in a love affair and on the cusp of a major scandal when archaeological relics go missing.


In Wasp's Nest, Bianca investigates an entrepreneurial genius of cancer research and biotechnology. What if someone had a way of detecting cancer at the level of DNA and prevent cancer from occurring without chemotherapy, radiation, and disfiguring surgeries? His research may forever alter cancer and the pharmaceutical industries. Dance with the angel of a cure, but don't forget that the Devil was also once an angel.

Threading the Needle is the third volume of the Roma Series. Bianca's curiosity gets a young university student murdered, but not before he passes her details of a secret weapon under development with defense contractor, Adastra. Within days, the media turns Farrugia, her backup at the scene, into hero, then suspect. Guilt may drive her to find justice for the slain Charlie Brooks, but she is warned by the mysterious Loki to stay away from this case that runs deep with conspiracy. Bianca must find a way to uncover government secrets and corporate alliances without returning Italy to one of its darkest hours, the decades of daily terrorism known as the "Years of Lead."

And I thought. . . Turning To Stone is the 4th book in the series and continues taking the reader on a tour of Italy.
From Rome to a brief stop in Boston (book 2) then back to Milan, and no Naples.   The back cover describes Naples as being possible the most dangerous city in Italy.

Just the cover speaks 'creepy' and dangerous.  If I was considering buying this book without having read or been introduced to the previous books in the series I probably wouldn't pick it up.
The cover is just plain creepy to me.

The story is fast paced and complex.  As with all the other books in the series I found it to be a long read.  It is 372 suspense filled pages.  This may not sound long but it is a fairly large book and the print is small.

Having read the previous books I was  anxious to get into this story.  I wasn't disappointed.

Buy the book:  Amazon  ~  Barnes & Noble
This review will post at Amazon, Barnes and Noble and Good Reads

I received a complimentary copy from Italy Book Tours.

a Rafflecopter giveaway
Posted by GranthamLynn at 5:15 AM