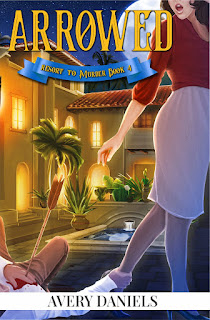 Hello there, this is my first guest post.  Thank you so much for having me on your blog!  I must say I’m surprised to be given such freedom.  What if a character went wild in their post, dissed the writer, told all the little town secrets that would spoil a future story?  Don’t worry, I couldn’t bring myself to do that.

I guess you would like to know more about me?  To really understand me, I should start with the event that shaped my life the most.  My mother died when I was only thirteen.  Well, two months before I turned thirteen.  She had breast cancer and had the mastectomy surgery and then it was a year of treatments and medications.  She wasn’t the same mom I had grown up with, and yet she was.  It was a battle everyday for her to even get up some days.  One in every eight women is diagnosed with Breast Cancer.  I get my mammogram every year because of my mother and walk in the Susan G Komen Race in honor of my mom.  At home, I always have an extra place setting at the dinner table in honor of my mother.  Something my father started.

My father grieved and dealt with depression for months.  When he came out of it, he poured himself into me.  He was probably trying to make up for my loss or keep his sanity.  He made sure I was involved in school activities and helped me with homework.  My Aunt Regina stepped in to provide the womanly influence and I love her dearly for that.  As I got older and started dating, dad became nearly obsessed with seeing me married to a man who could financially secure my future.  I wanted a career in resort management so I could see the world.  Not long ago, I got dad to confess that he wants grandkids now and since I’m an only child he has high expectations.  I think I’m too much like my dad, we are both headstrong.

I’m not into having children.  I never played with baby dolls or felt those stirrings, even a teensy bit.  I had to put my foot down with both my father and my former boyfriend.  Speaking of Brandon, he is the best friend of my cousin Loring since high school.  He treated my career dreams like a childish fantasy and expected me to stay in town and have his babies.  Four children and a wife to share the load were his idea of heaven, but my idea of hell on earth.  We broke up the night he proposed and laid out his plan for my future.

That’s when Mason, my new neighbor at the time, swooped in for his chance with me.  I’ll be honest, I nicknamed Mason Bond Jr. because he was a casa nova.  If you haven’t guessed by now, I’m not into dating a lot and I shied away from Mason.  But he made his intentions clear when he claimed he wasn’t a playboy anymore but was ready for a quality relationship.

So I have worked hard at the five-star Colorado Springs Resort.  I started as a Customer Relations Agent at the reception desk and worked my way up to a management training program.  It is my dream to work managing resorts around the world so I can travel and experience the cultures and history of the world.  Mason understands and respects that.  He says he can take photographs anywhere in the world and pursue that dream while I pursue mine.  My dad is still trying to adjust.

That is pretty much the story of Julienne LaMere in a nutshell.  Nothing special, just a girl with a dream and a boyfriend I still pinch myself over.  Oh, and occasionally a murder happens at the resort and I help reveal who dunnit!

It all began when a dying man with an arrow in his chest grabs her ankle.

During a heatwave at a Santa Fe resort, Julienne has the resort owner pressuring her to solve the murder. The victim is a high profile businessman who made enemies rather than friends, leaving Julienne with a roster of suspects. She was supposed to be training the staff and spending quality time with Mason rather than investigating a murder. The heat turns up when an old girlfriend of Mason’s checks in and is determined to get back together.

Thank you for having Julienne on your lovely blog. We enjoyed visiting.