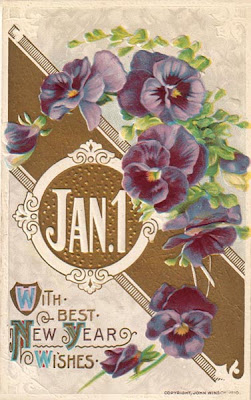 Wishing you a Blessed New Year filled with God's love and grace.

So many things going on I am in awe and wonder. Here are a few:
. . . So many amazing things have happened in our ministry.
First chapel service on Wed. at the girls halfway house. 2 girls accepted Christ .

Began a "I wanna 'be a daddy' program" at the boys facility yesterday.
4 boys wrote letters to thier child/children and wrapped a package with a bear donated
(by Family Christian bookstores) to give to thier child or children.

. . . Some bizarre things are going on with family members. They need prayer. I need prayer.

. . . We had the greatest time last night. A friend called and asked us out to dinner (thier
treat) then we went to thier house for a movie. Got home by 9:30 and watched the news. It
was so much for to go out. And so sweet that they would offer.

. . . Our landlord called. One of those on the list that you dread to hear from when you behind on
the rent. He called to wish us a Happy New Year and to tell us they were giving us a gift.
We were only able to pay half of Novembers rent and they gifted us the other half!

So many things are going on they makes me think God has great plans for 2010.

As I was thinking about the service Wednesday night and the girls accepting Christ I remembered back to New Years Eve 2004 one of the girls we were ministering at the time accepted Christ. She was the first girl that had been assigned to our program to accept Christ. She struggled for months. She was 14 and deeply involved in a gang and I mean deep. She was so young and so sweet. But she tried to be so tough. One of my staff began mentoring her and on New Years Eve she prayed to receive Christ. (That was the beginning of the phone calls I began to receive at all hours of the night. Being woke by the telephone used to be one of those things that startle or alarm you. It is normal to me now. I am always getting texts or calls from kids that are up late hanging out and decide they want to chat. )

2005 turned out to be the most succesful year in our ministry.

And I as look toward the next few months and the programs and projects that are being planned and developed I pray that 2010 turns out to be just a little bit as great as 2005 was.

My prayer for you today is that you will be filled with God's love and grace. That through the joys and the trials of this year that you will grow closer to God and believe and trust him.
Posted by GranthamLynn at 7:06 AM

Email ThisBlogThis!Share to TwitterShare to FacebookShare to Pinterest
Labels: faith