that our son got his horse back
after a 10 year separation. 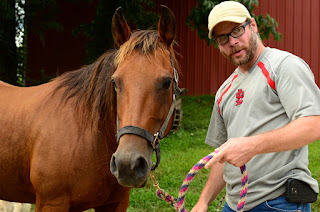 This is the day she arrived home.
Now a year later we are all on pins and needles waiting for her to foal
She is 6 days over due.
He is anxious.

The foal is a huge deal for him.
Speck is a Reining horse.
She was his project when he was 17. 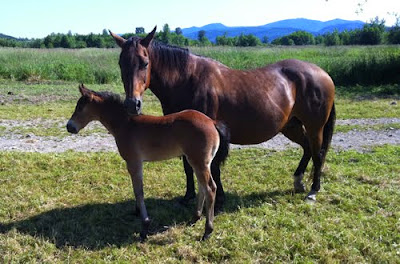 This is Speck's mama Etta (she was my mare)
This is a photo with Speck's half brother.
His daddy is a Reining horse. 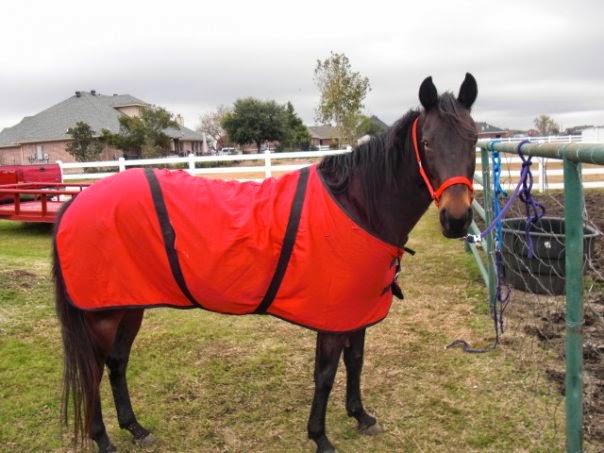 This is my super sweet Dyna. I miss her so much.
She was our first baby.
Etta is her mama so she is Specks half sister. 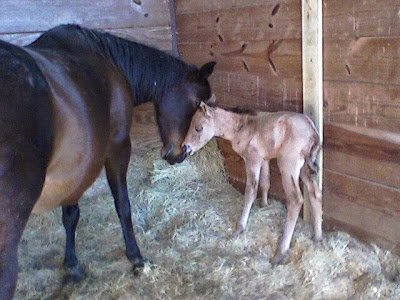 Just like my son.  I lost Dyna.
I found out years later where she was and the owner
sent me photo's.
This is her baby. 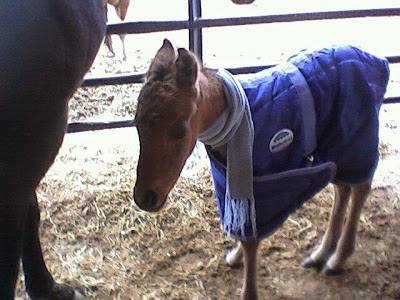 I'm expecting Specks baby to be a blanket with
a scarf around it's neck!
It's still super cold in Missouri.
Today began at 31 it's warmed up to 54 but they are having rain there too.

Our daughters birthday is Friday.
I wonder if we'll have a baby for her Bday!
Posted by GranthamLynn at 3:05 PM

Hello and Welcome to the party!   Glitches are gone!  Let's party! I am sorry for the delay last week.  But we're all good now. Link... 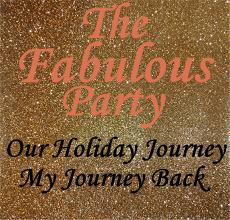