Did I tell you my Sunday School Class rocks? 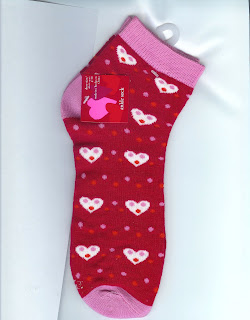 I have been playing around all day with the camera. Did I mention my camera problem? Well I broke the computer in Nov. so I was without it till after Christmas. Santa (through a really special person)brought us a new computer. Yea! But the camera and computer don't talk to each other. We tried everything free but it just won't work. Can't afford right now to buy anything. So the cheapest route is go and get a c.d. So that is what I did today. For the last hour I have been dealing with Kodak software. Grr. Gave up on it and opened up Corel Paint Shop which I downloaded a free trial last night after Randi and I have to say mentioned it in a post. Anyway. Well while I was messing with it I saw this little icon that said something about get photo's from and it had this list and on that list was Yea! Scanner! Cool beans. I have been trying to figure out how to get the computer to talk to the scanner and no luck but. Corel Paint Shop talked to it and this is the result.
I scanned this darling pair of socks that someone in my Rockin' Sunday School class donated for the girls at the halfway house. I took a bunch of photos today and as soon as I get this thing figured out I'll post them. But for now just look at this cute pair of socks.
I'll be back later with my next party post. I am just having so much fun. Well I would have more fun if I could figure this stuff out faster but. I know there is a verse somewhere about patience, but right now my mind is going a thousands miles a minute (I am also cooking potato soup and photo documenting it while I am writing this post)
Anyway doesn't my Sunday School class rock! p.s. check the verse of the day . . . I chose it to go with the socks! Walk in Love!

Verse of the day
2 John 1:6
And this is love: that we walk in obedience to his commands.
As you have heard from the beginning, his command is that you walk in love.
Posted by GranthamLynn at 3:34 PM