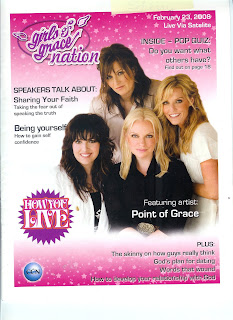 Amazing is all I can say about my day. I spent the entire morning and afternoon with who know how many screaming teenage girls.
They were all gathered in one place to see:
Point of Grace, Susie Shellenberger,Jaime Jamgochian,Chris Wheeler,Barlow Girl (on video)Stellar Kart and 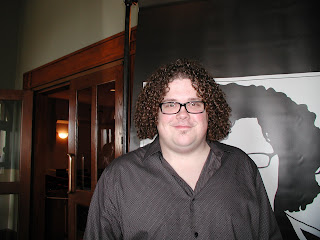 If you read my post Thursday you probably know I had no idea who this was. Do you? I am sure that all of America knows. But I have to admit I didn't. He was gracious enough to let me take his photo even though I yelled across the lobby and called him by name and then when he didn't immediately stop yelled another name (I really wasn't sure what his name was). He then waved. Later I apologized and he did let me photograph him for one of the girls.

I have to thank White's Chapel United Methodist Church for giving us the tickets. It was an awesome treat for my girls! 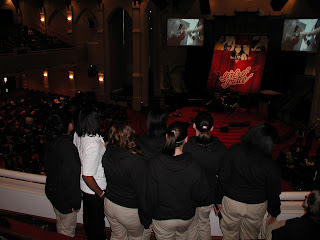 I know I promised Dog and Cat stories on Sat. so I have to give you guys the next installment. I know some of you want to hear Daisy's story but I have to lead up to why her story is so important. So today I will tell you about Bear.
Here is a photo of him 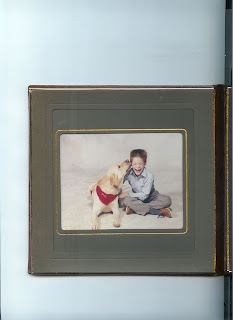 I cannot tell you how amazing this dog was. He was a registered Lab and had been through obediance and retriever training. When we first got him (he was 2 1/2 past the chewing on things stage!) he was so well trained that he wouldn't get within arms reach of any piece of furniture. He quickly learned that in our house a dog is part of the family. And the couch was just as much his as ours! He was the best dog for the kids. He would come outside when I came home from getting groceries and he would help take the groceries in. He carried the toilet paper and paper towels and anything in a box. Stuff like mac and cheese,minute rice etc. He would actually get mad if I didn't let him help. He also learned to "fetch" individual Blue Bell ice cream cups out of the freezer (we opened the door)and he would take it to whoever was waiting in the den. Then when he was done eating he would take the empty container back to the kitchen and drop it in the trash compactor. He loved it when I took a bubble bath. He always tried to get in the tub and when I wouldn't let him he would sit beside the tub and try to drink the water. (yuck) We loved that dog. He would sleep between me and my husband. Not the entire night usually but at least part of the night. We never let the kids sleep in our bed. (some would think that horrible but)and some would think us horrible for laughingly saying that if we ever got divorced we would have a custody battle over the dog! LOL really. Bear was so amazing he even accepted a puppy into our lives. We got Noel for Christmas when our daughter was in 2nd grade. Bear fetched balls like crazy. And even played soccer with the kids. He tolerated Noel. When we would throw a ball he run to get it and Noel would grab his bandanna and hang on for a ride. Or bite his ear. He always let her! Noel never learned to fetch. (I just think some dogs just don't know how. I think it is the breeding.) We had Bear well beyond most Labs live. He was almost 13 when w finally put him down. Noel was raised with Bear and we all worried that it would be hard for her when we put him down. She wasn't a puppy anymore either. Our son was married then but our daughter was back home from college. Bear was awesome. Bear was amazing. We didn't think that another dog could ever replace Bear. Bear and Noel both have unique individual stories that I'll share soon. And, I'll share more photo's too next weekend.
Thanks for spending part of your day with me. And thanks for patiently waiting to hear about Daisy. Her stories coming next!
Have a great weekend!

Verse of the week
Consider it pure joy my brothers when you face trials of many kinds.
Because you know that the testing of your faith produces perseverance.
Perseverance must finish its works so that you may be mature and complete
not lacking anything.
James 1:2-4
Posted by GranthamLynn at 4:35 PM

Email ThisBlogThis!Share to TwitterShare to FacebookShare to Pinterest
Labels: Verse of the week