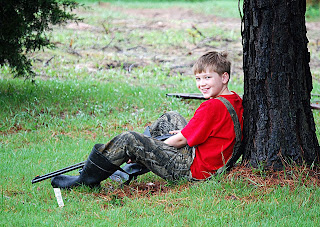 Broken . . .
start . . . I almost came up with my own word today.  The thoughts I have about the word broken are not thoughts for a beautiful sunny Good Friday day . . .
That is until I remembered this story.  If you want a laugh read on.
It all started when I walked out into the front yard to work in my small flower bed.  As I walked over to the little bed I noticed my darling little clay angel that sat on the edge of the bed on a railroad tie was broken.
And what I noticed next made me even more saddermad.  What I saw
next was green paint splatters!
My children were about 13 (boy) and 11 (girl),  the eldest The Cowboy was about 45 going on 2 at the time.
I could write a lot about the brokeness they all felt when I went in the house to confront the deliquents.  But I know you want to get to the funny part.  There is a funny part.
Once the trial was over.  And they were convicted and given their sentence which was 'Go to Hobby Lobby' and replace said 'Broken' angel that they so uncerimoniously Broke when they shot it with a a paint ball gun.  And so the two head off to Hobby Lobby dressed in field camo.  From head to toe they were in camo.  Now you have to remember this was waaaaay back in the day.  In our area of
Southlake,Texas you didn't go walking around in Camo.
To hear them tell the story is hilarious.   When they realized their mistake they said they were afraid someone was going to call the police.  They were so 'out of place'!
They were 'broken'.  They learned their lesson!  They don't shoot mama's stuff with paintballs.  And they didn't were Camo in Hobby Lobby.  Actually they never went to Hobby Lobby again! 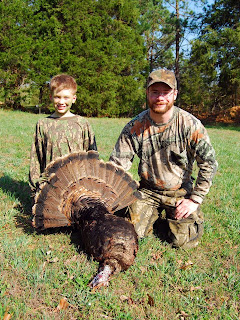 Photo Credit . . . all photo's taken by my DIL.  These shots are my grandson.  And the now grown juvenile delinquent.
Have a good day!
Sherry

Posted by GranthamLynn at 9:26 AM

This made me smile, love you.

thanks for sharing your story... very funny story... with 5mf readers today.

as one who lives overseas, i'm not really familiar or in the know when it comes to duck dynasty, but somehow, i think it would appeal to my husband and oldest girl... they would've so gone to the store dressed in their camo... they'd go to church that way if I'd let them! actually, my daughter has - she has a camo skirt. but we are from michigan, so i guess that makes it ok!

have a blessed Easter.

In Barbados you cannot wear camo anywhere unless you want to go to be arrested! Your story made me chuckle.

In Barbados you cannot go anywhere in Camo without being arrested. Your blog made me chuckle.