Many thanks to Revell for allowing me to join this tour.  This was my first chance to be on a tour and read one of Lisa Harris books. 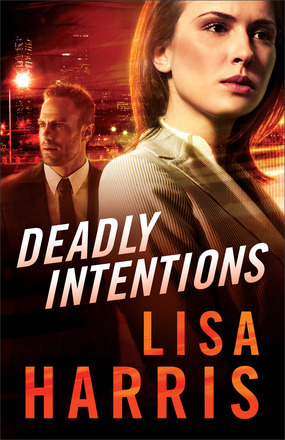 About the book
There is no such thing as randomResearch scientist Caitlyn Lindsey is convinced that someone is taking out her team one by one. First, a friend and research partner was killed in a home invasion. Three months ago, her boss died in a suspicious car accident. Four days ago, another partner supposedly committed suicide. And now Caitlyn herself has miraculously survived a hit-and-run. Afraid for her life with nowhere to turn, she reaches out to one of the victims' husbands, Detective Josh Solomon.Though initially skeptical about Caitlyn's theory, Josh soon realizes the attack that took his wife's life was anything but random. Now the two of them must discover the truth about who is after Caitlyn's team--and what their end game is--before it's too late.

And others are saying (from Revell's website)
"An exciting, well-crafted tale of romantic suspense from veteran thriller-writer Harris."--Booklist"Lisa Harris takes readers deep into the heart of fear."--Family Fiction"[Harris is] a master of the genre."--Midwest Book Review

And I thought
All that I expected and more!  I really enjoyed this page-turning ride.
The story/plot is interesting and a bit scary too.
I loved the main characters Caitlyn and Josh.  There wasn't really a supporting cast but there were a lot of characters introduced that Caitlyn and Josh interviewed.
And there were a lot of them.  There was also alot of crime.  The victims piled up even before Caitlyn and Josh got together to investigate.  When Caitlyn put 2 and 2 together a few random deaths of co-workers didn't add up to random.

Since Josh is a police detective Caitlyn approaches him because his wife was the first co-worder that died.

One of the main things that I really like about how Lisa Harris portrayed and built Caitlyn and Josh's characters and their romance is that they were both fully relying on God.  There wasn't the normal plot you see of one of the other being confused about his/her relationship with God.  This was refreshing to me.

And, I like that their relationship with God is part of the story but it is written in a way that non-believers won't be threatened.

As I mentioned at the beginning of this post I am Thankful that Revell gave me the chance to read Deadly Intentions.

I received a complimentary copy.
My review will also appear on retail sites, Good Reads and on my book blog My Reading Journeys.
I will also feature Deadly Intentions at blog parties and on social media.